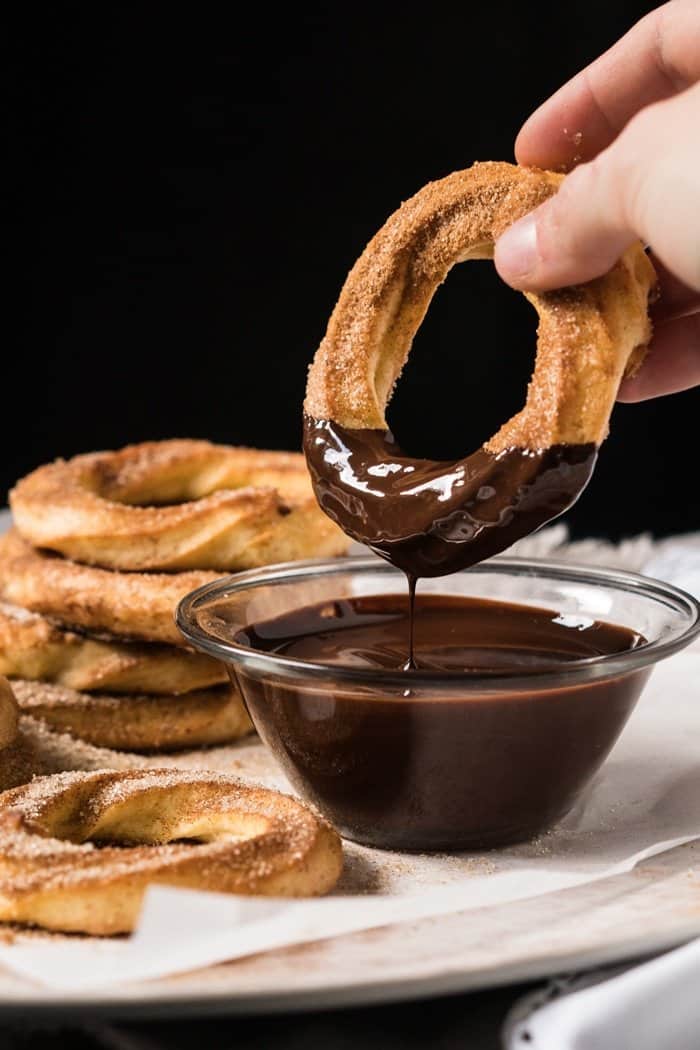 Oh, and if baking with cups rather than grams is your thing, just click on US Cups for an instant conversion.

For the keto churro donuts

*As many of you may’ve noticed, the keto grain free flours generally stay on the softer side (i.e. are near-impossible to crisp up!). My suggestion? Just throw in a tiny bit of cheese. Yup, for real! I got this hack from our cheese puffs, which turn out beautifully crisp. You’ll be adding much less though, and with all the toppings you won’t bat an eye lash!

The choux pastry to make churros is always very lightly sweetened (and fairly bland solo), think just a couple tablespoons. But this is really to accommodate for a generous cinnamon sugar dusting. So to sweeten the keto choux pastry itself you can use anything from sugar alcohols (erythritol and xylitol) and allulose.

Now for the cinnamon ‘sugar’ coating, allulose or xylitol are probably your best bet for the most sugar-like result. Having said that, if you’re not too bothered by the cooling aftertaste of erythritol (which gets greatly diminished by the cinnamon), it works great too.

And if just grain free, coconut sugar is your best bet here. And of course, raw sugar works great too.

And if using xylitol, make sure to be careful if you have a pup around the house, as it’s highly toxic to the little guys!

Please note that nutrition facts were estimated per one churro donut, and I found a batch to yield roughly twelve.